Greg Hood received a BS in mathematics and a BA in philosophy from Case Western Reserve University in 1980 and an MS in computer science from Carnegie Mellon University in 1982. He joined the Biomedical Group at the Pittsburgh Supercomputing Center in 1995, and has been a neuroscience specialist there since 1999. 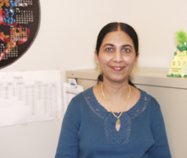 Pallavi Ishwad, Ph.D. - I am responsible for educational outreach activities focused on Computational Biomedicine and research carried out at the National Resource for biomedical Supercomputing (NRBSC), as well as other research performed at the Pittsburgh Supercomputing Center. I will be obtaining information from NRBSC and PSC scientists in the fields of computational microphysiology, volumetric data imaging and analysis, structural biology and other areas and developing outreach educational materials for a vast range of audiences.

Boris Kaminsky, Ph.D., earned a Ph.D. in physics from Lviv State University, Ukraine in 1987. He worked in the fields of solid state physics, optics, and also in the television industry. He joined CMU in 1996, where he designed acousto-optical multispectral cameras and microscopes and developed software and simulation and modeling tools for various scientific applications using C/C++ and Java. Kaminsky has published over 40 papers in journals and conference proceedings and obtained 3 patents. He received an M.S. in information technology from CMU in 2003, and joined the PSC staff in 2004. Currently, he works in CQBS with Dr. Joel Stiles. 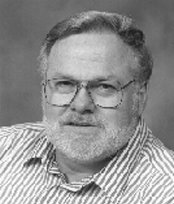 Hugh B. Nicholas Jr., Ph.D., is a computational biological chemist whose research interest is in methods for identifying essential, informative residues in protein and nucleic acid sequences. This work has included the identification of essential t-RNA bases for recognition by the charging enzymes and amino acyl synthetases using multiple sequence analysis techniques that he has developed. He received a BS in 1963 and Ph.D. in chemistry in 1969 from the University of Oklahoma. He was a postdoctoral research fellow in Biology at the Massachusetts Institute of Technology from 1968 to 1971 and a biophysics researcher at the University of Wisconsin from 1971 to 1987. He joined the staff at the Pittsburgh Supercomputing Center in 1987 and was promoted to Senior Scientific Specialist in 1992. 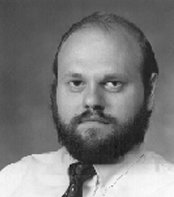 Alexander J. Ropelewski is a senior programmer who designs and writes sequence analysis programs. He has not only implemented a variety of sequence analysis algorithms on high performance computers, but has also been involved in the development and design of a sequence-structure alignment program. He received a BS in computer science from the University of Pittsburgh in 1989. He has been an applications programmer in the Biomedical Group at the Pittsburgh Supercomputing Center since 1989 and has implemented sequence analysis codes on a wide range of high performance computers, including: Cray Research X-MP, Y-MP, C90, J90, T3D and T3E; Thinking Machine Corporation CM-2 and CM-5; and a Convex C-3. He was promoted to Coordinator for Biomedical Software Development in 1995. 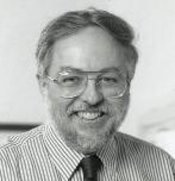 Arthur W. Wetzel is a Principal Computer Scientist leading projects in biomedical imaging, statistical classification and large networked data repositories. He received his BA in chemistry from Thiel College in 1973 and did his Ph.D. work in the Interdisciplinary Department of Information Science of the University of Pittsburgh, where he served as an Adjunct Assistant Professor from 1980 to 1981 and again from 1988 to the present. From 1981 to 1983, he was Member of the Technical Staff of Bell Telephone Laboratories in Holmdel, New Jersey designing "silicon compiler" and simulation tools for integrated circuits. In 1983, he joined Pixel Computer, Inc. becoming Vice President of R&D in 1985 leading development of graphical workstations. Art came to CMU in 1988 to work on operating systems and document imaging projects in the Computing Services department. He joined PSC in 1995. His biomedical projects include semi-automated pathology diagnosis, pulsed illumination microscopic imaging, and mass spectrometry analysis collaborations with University of Pittsburgh Medical Center. He is the architect of PSC's Volume Browser for networked analysis and visualization of large volumetric datasets. He is currently developing high-speed algorithms to align multi-Terabyte electron microscopy image sets for neural circuit reconstruction.

Troy Wymore, Ph.D. is a computational chemist with research interests in enzyme mechanisms and protein structure prediction. He received a BS in chemistry from the University of Missouri in 1993 and his Ph.D. in 1999, studying peptide-lipid interactions through molecular dynamics simulations and 2D NMR. He joined the staff at the PSC in 1999 and is also a member of the Training Faculty for the Joint CMU-Pitt Ph.D. program in Computational Biology.

NRBSC projects are made possible by these sponsors: